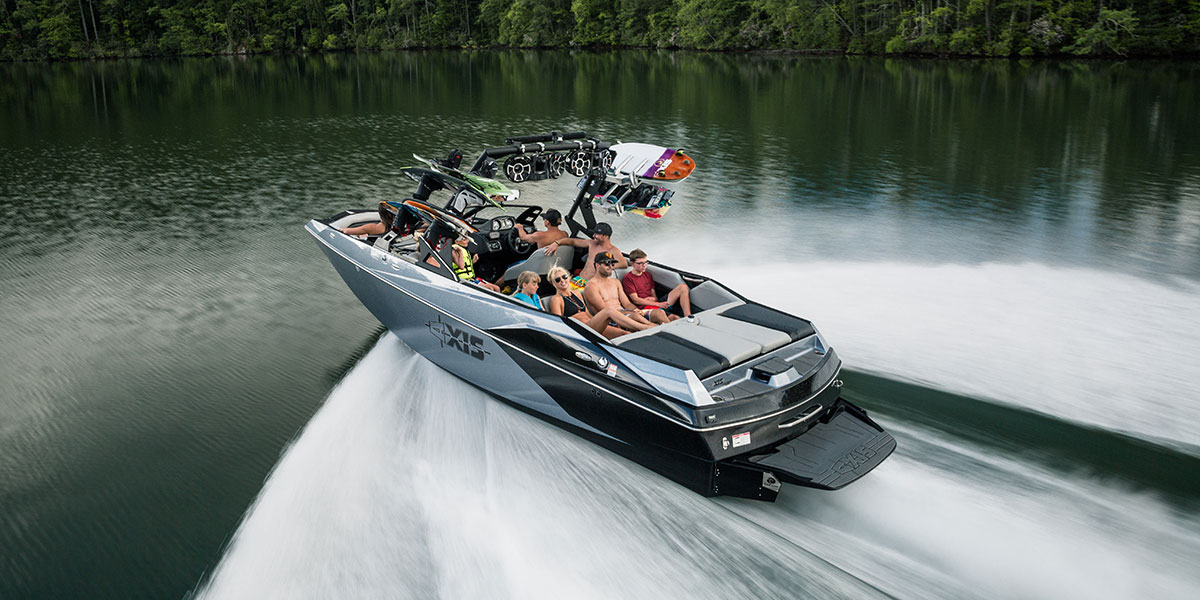 "There’s no question that the Axis A24 is the best value in its class."

Today, Axis Wake Research launched the all-new 2018 A24, debuting a sleek new profile and making the Power Wedge II hydrofoil available for the first time on the Axis product. Designed, engineered and handcrafted by Malibu Boats in the U.S.A., Axis delivers cutting-edge technology and superior quality with an extraordinary performance-value equation.

With an alluring new design that recalls the original A24 design in a striking way, the 2018 Axis A24 leaps ahead of the competition. Onboard, a new multi-position Sliding Skybox Seat maximizes versatility in this 17-seater, which features an exceptionally spacious front lounge area and plenty of storage for a full day’s activities on the water. The largest boat from Axis, the A24 handles with the brand’s renowned outstanding agility.

“There’s no question that the Axis A24 is the best value in its class,” said Eric Bondy, Malibu Boats Vice President of Sales and Marketing. The A24 makes an amazing family boat offering something for everyone. You can take a big crew out on the water, and the A24 can customize wakes and waves for any rider. With the addition of Power Wedge II, the infinite wake and wave adjustability previously only available on Malibu takes Axis to a new level.” 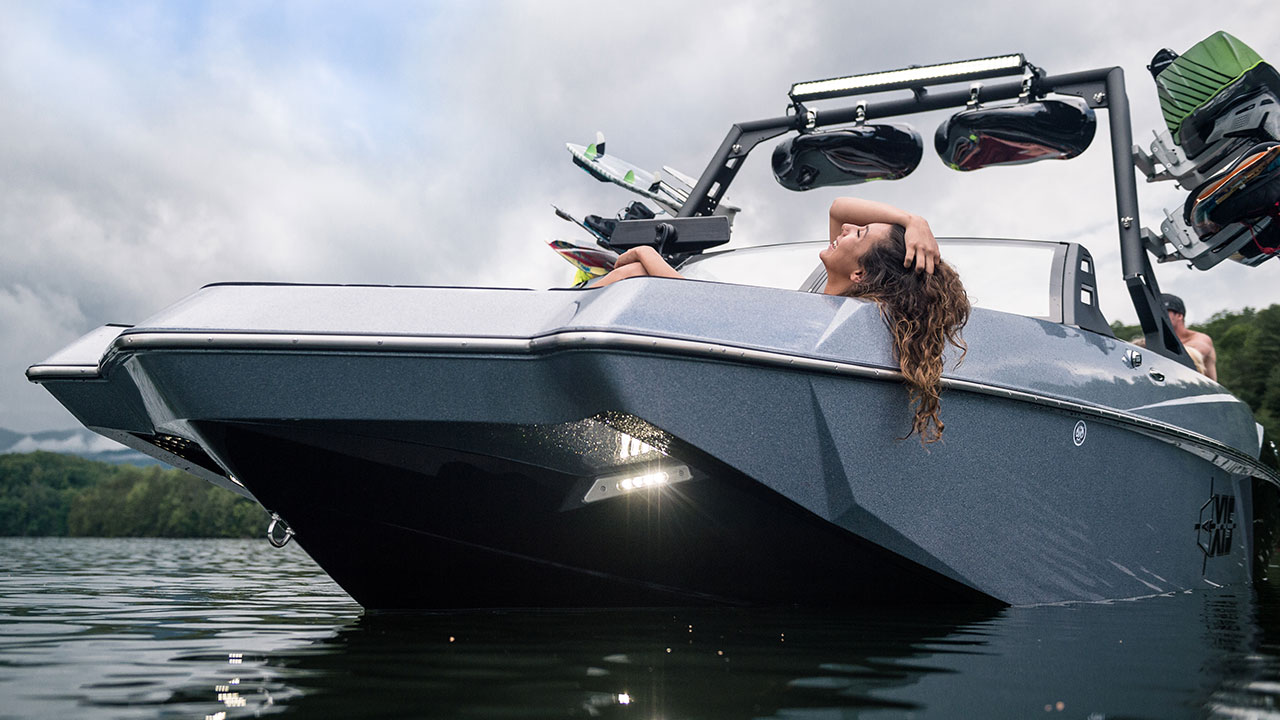 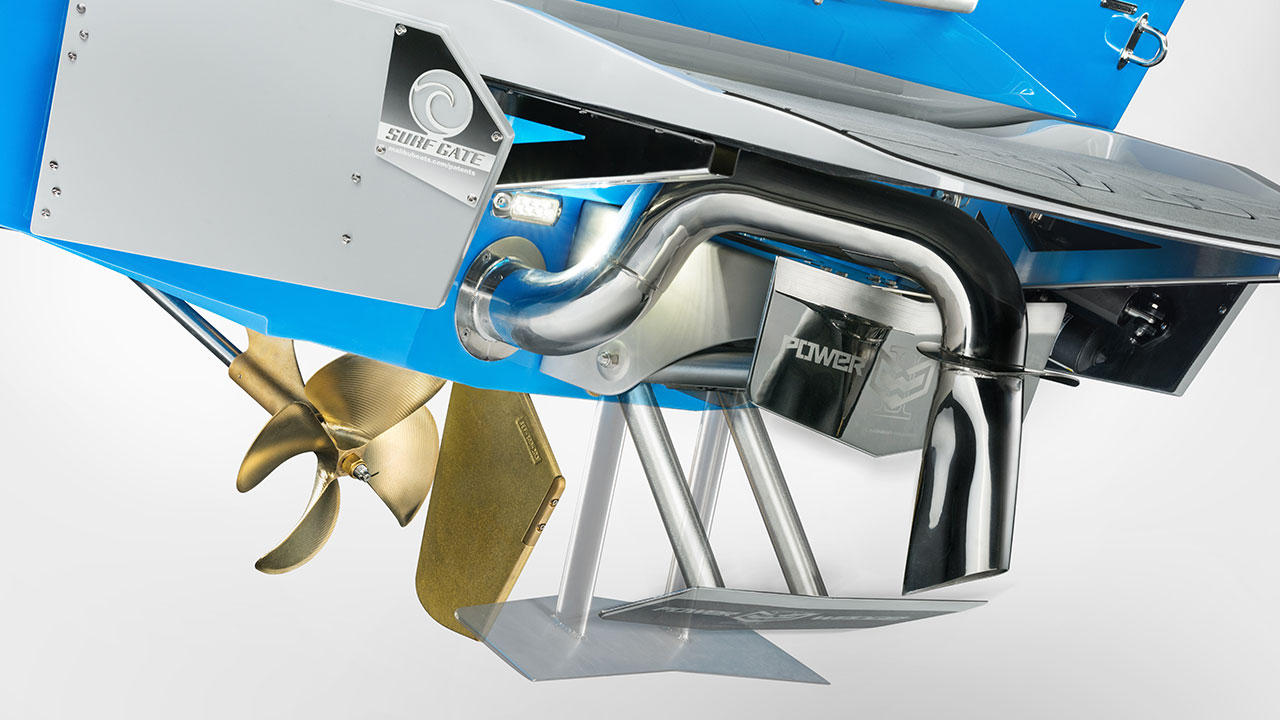 The Axis Performance Surf Package™ (P.S.P.), a comprehensive system of wake and wave technologies, gains a significant advance for 2018 with the debut of the Power Wedge II hydrofoil as an option for all Axis models. The Power Wedge II hydrofoil can instantly add up to 1,500 pounds of additional wake-carving capability. With the widest range of adjustment on the market, the Power Wedge II makes it easier than ever to customize the size, length and shape of the wakeboard wake or surf wave, from Beginner to Advanced.

Combined with the standard Wake Plus hull and up to 3,370 pounds of ballast, the Power Wedge II enables the A24 to generate enormous wakes that have made this Axis model a favorite among pro wakeboarders. The high-speed, hydraulic Surf Gate™ customizes the wake into a big, barreling surf wave on either side of the boat, and, combined with Power Wedge II provides unlimited adjustability of the wave.

A panel of soft-key switches puts major controls at the driver’s fingertips. With the Surf Band wrist remote, the rider can adjust the Power Wedge II, Surf Gate, boat speed and tower speaker volume right from the water.

The A24’s stereo, which includes helm and transom remotes and multi-zone volume control, routes Surf Gate signaling to the rider through the audio speakers. That way, the rider and the crew know when a side-to-side transition is about to happen. The A24’s striking dash design features glowing white 3-in-1 gauges, giving the cockpit a classic sporty look.

As with all Axis models, the standard 6-liter Monsoon engine provides an enormous 450 lb-ft of torque, with an electric shift for easy control. The A24, the Axis brand’s largest boat, handles with stellar agility, a brand hallmark.

The new 2018 Axis A24 is available now at Malibu and Axis retailers, and it’s ready to make waves. 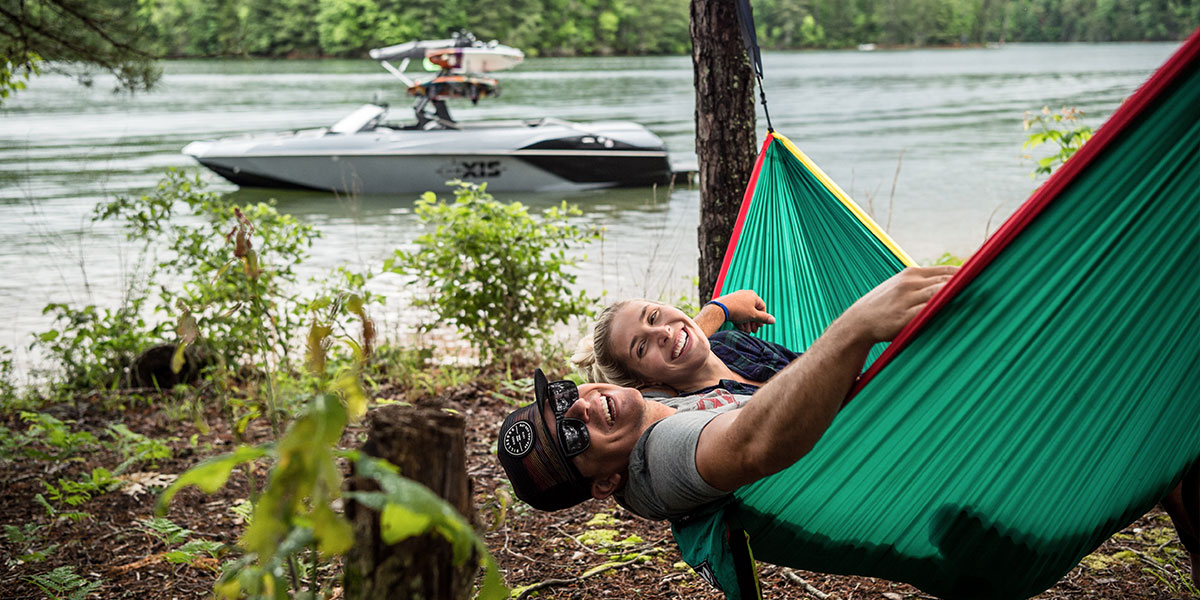 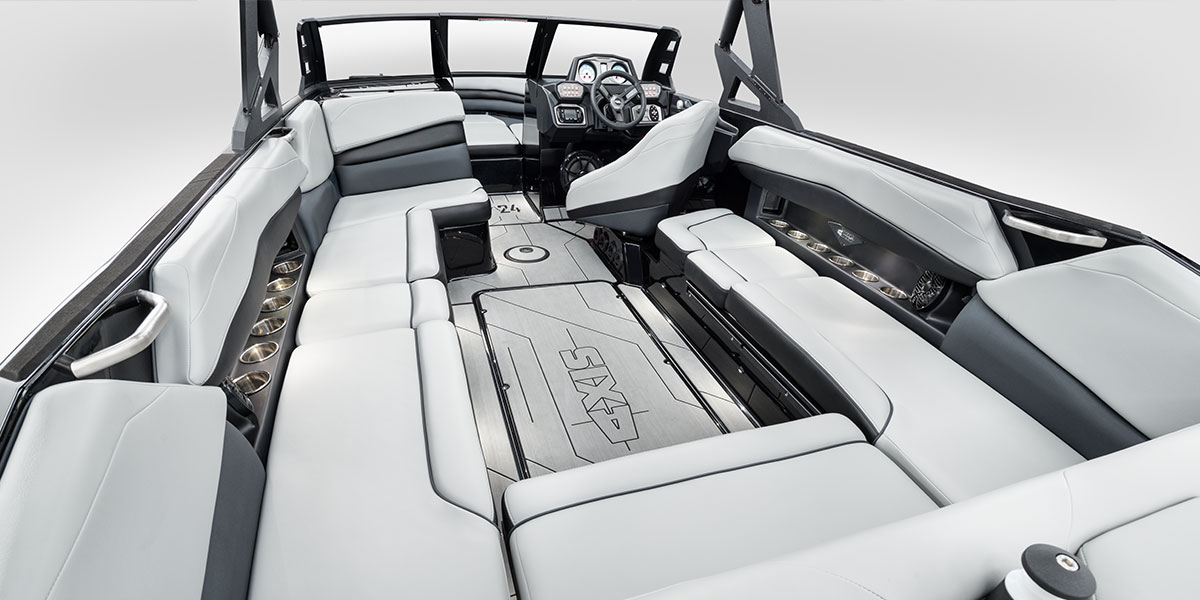